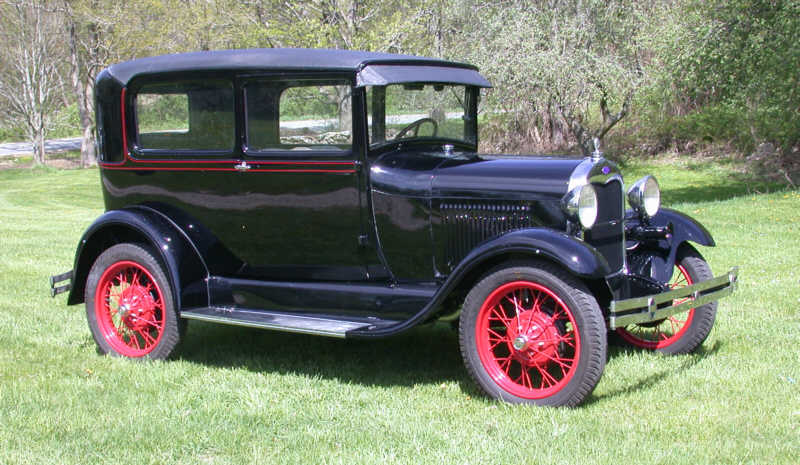 I bought this car in 1974. Both of my sons came home from the hospital in this car the day after they were born. I slowly restored the car over the years, and in 2006 took it all apart again for a complete body and interior restoration. Here are some photos taken over the years. 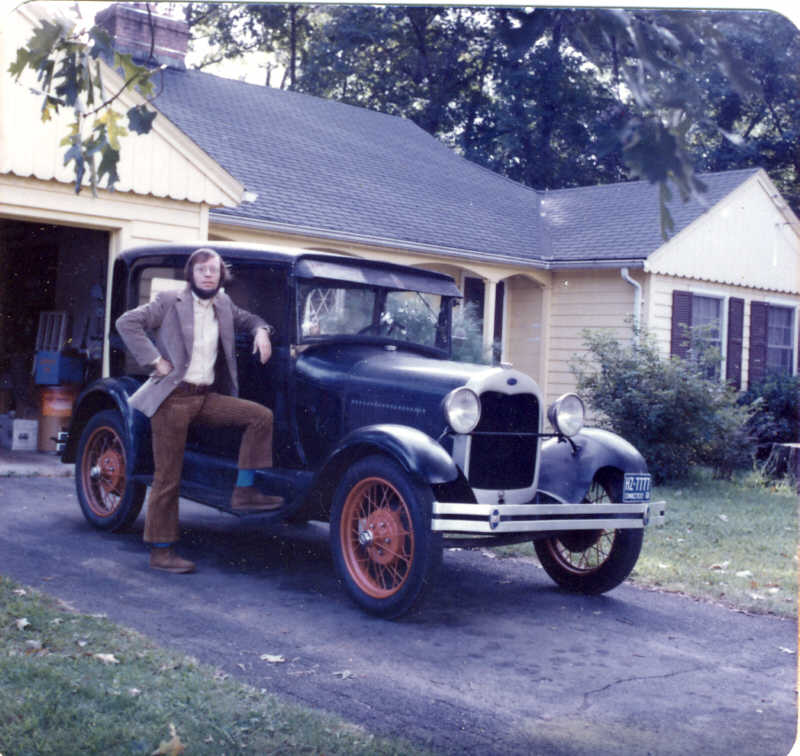 This photo was taken in 1975, shortly after I bought the car. 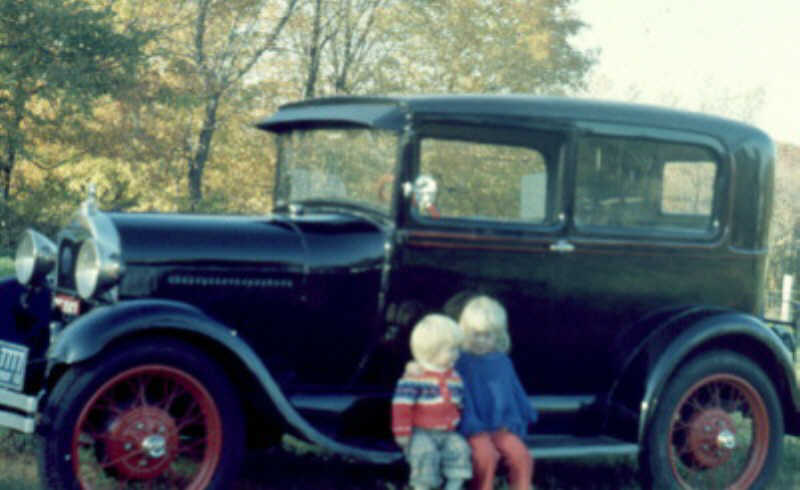 Here Richard and Erika are sitting on the running board about 1978. 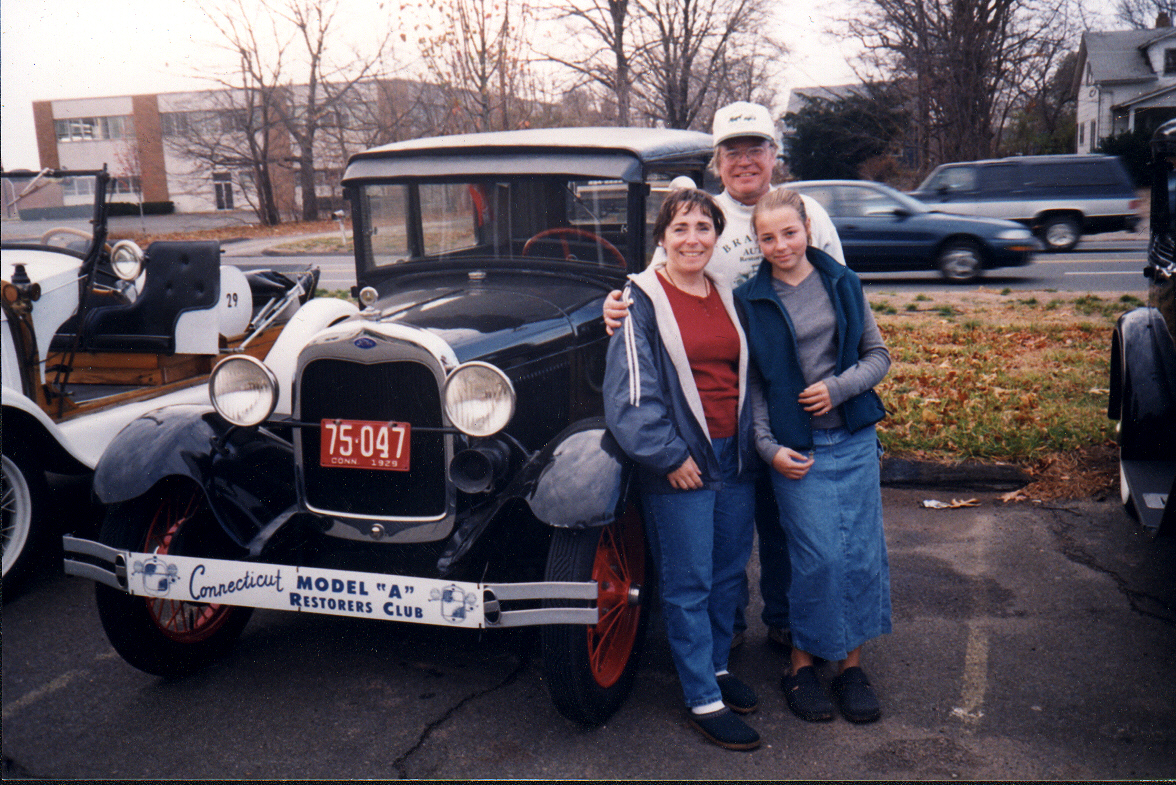 On tour with Charis and her daughter in 2002. 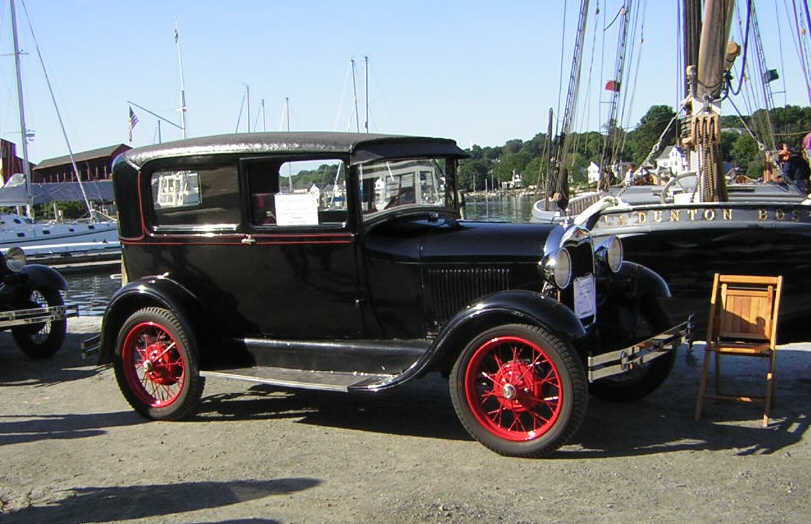 Here we are a the Mystic Seaport Museum show 2005. 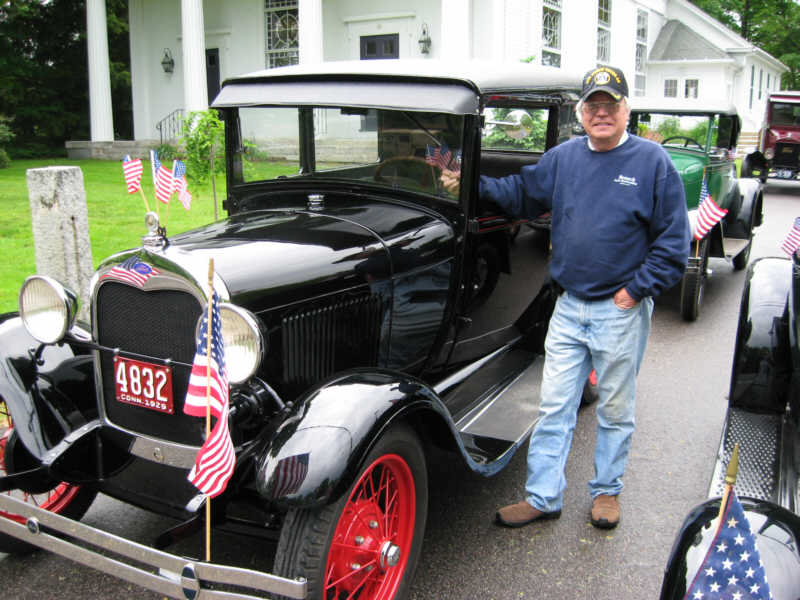 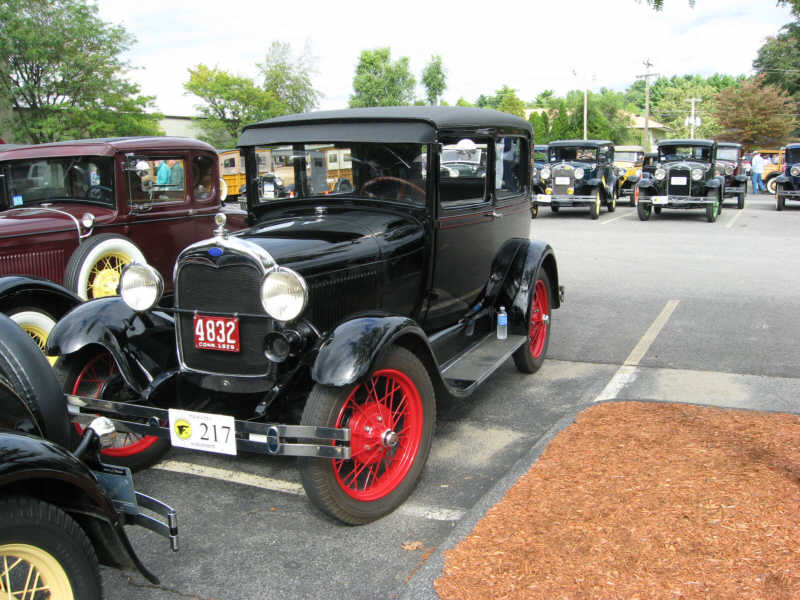 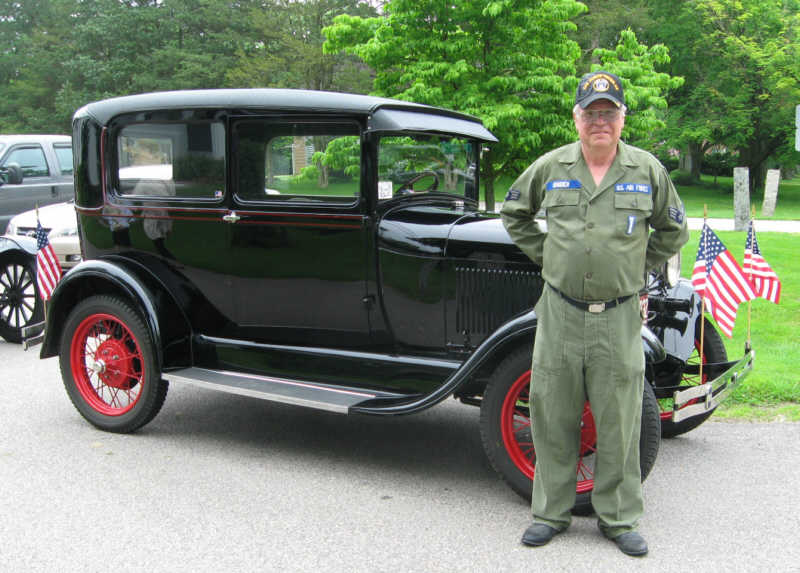 Lined up at the start of the Lebanon Memorial Day Parade 2012. 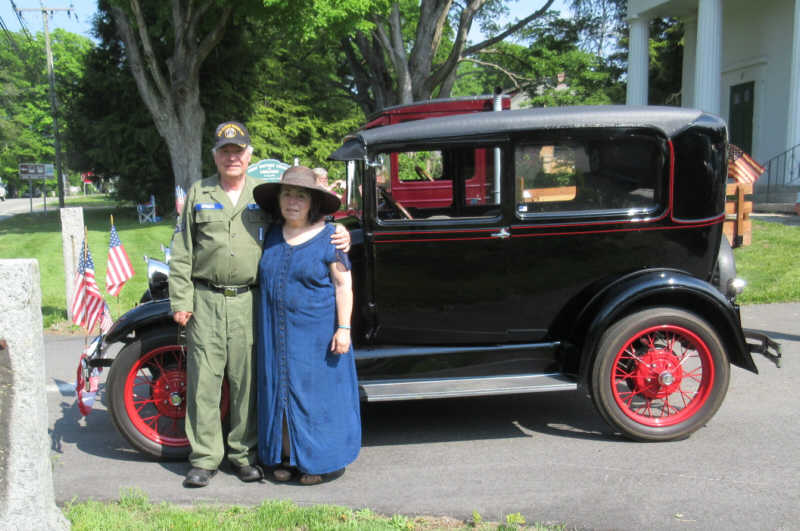 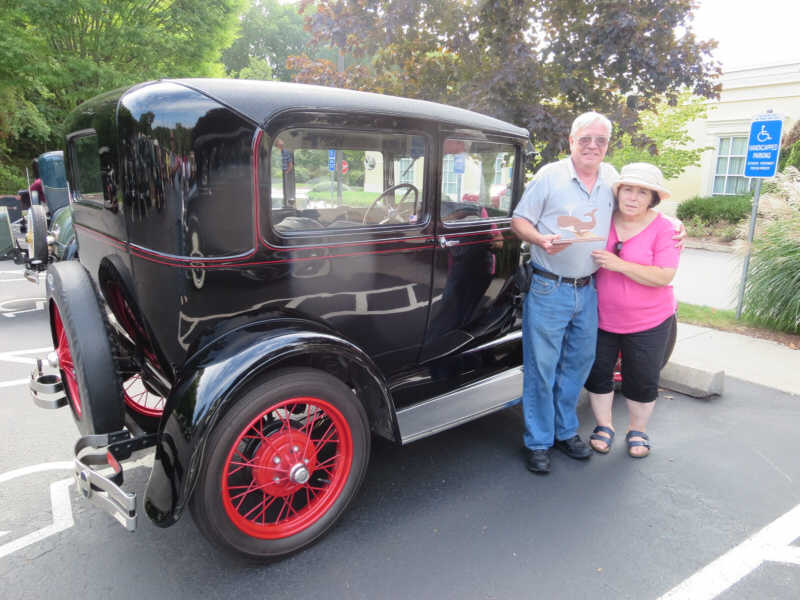 Charis and I with our trophy and the tudor at the 2015 Model A New England Meet. 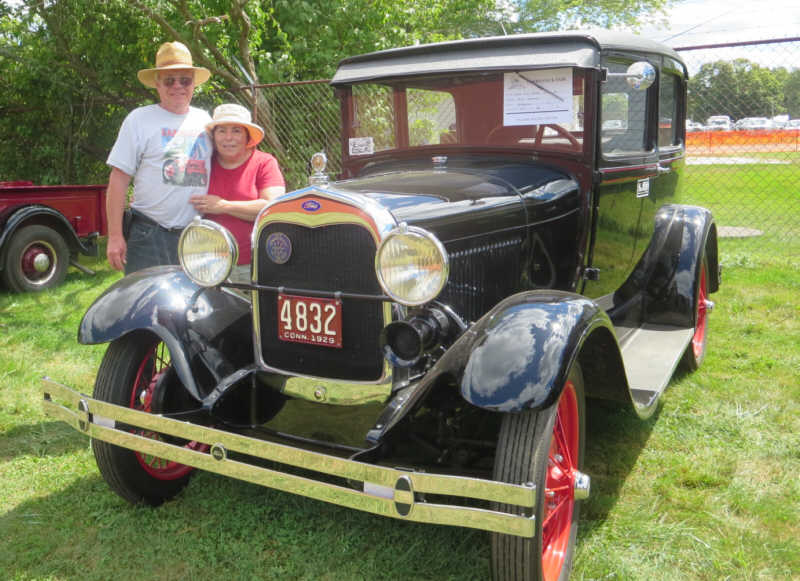 Charis and I at the Woodstock Fair antique car show 2014 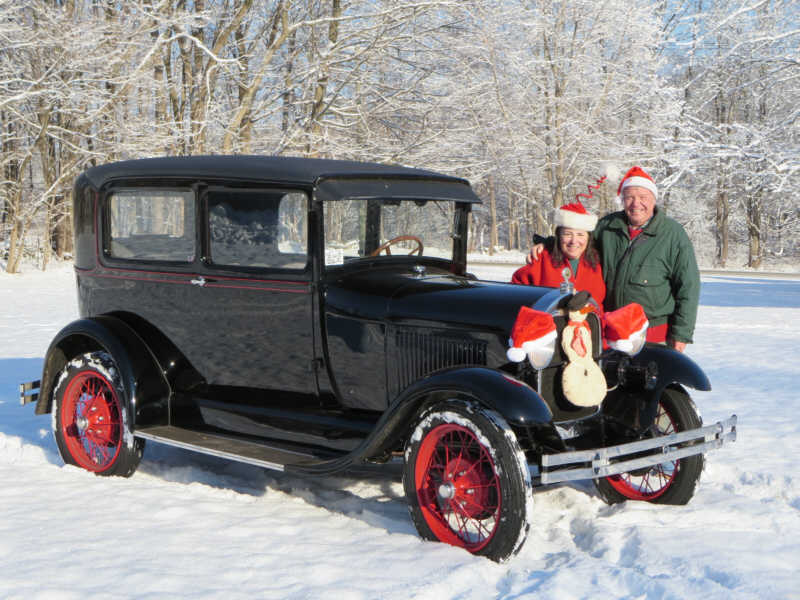 Lined up for the 2019 Memorial Day Parade

Driving in the parade. 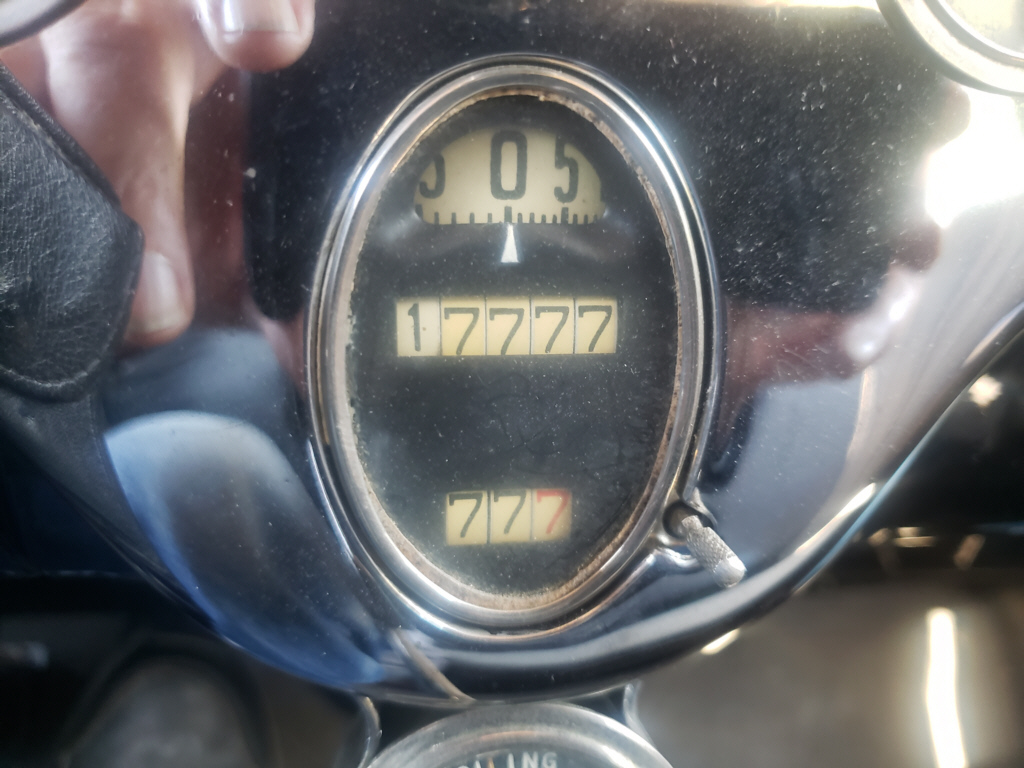 My odometer turned to this number on a recent drive. 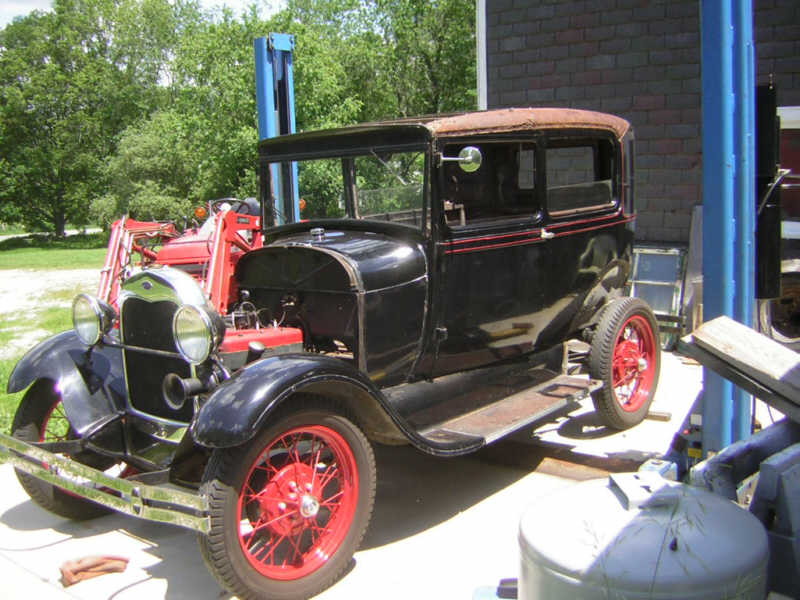 Stripping the car down. 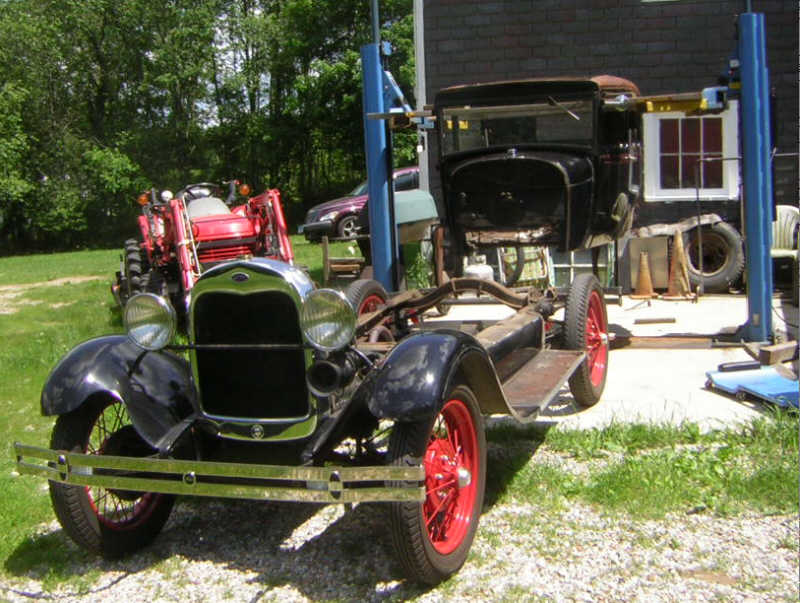 Lifting the body off the chassis. 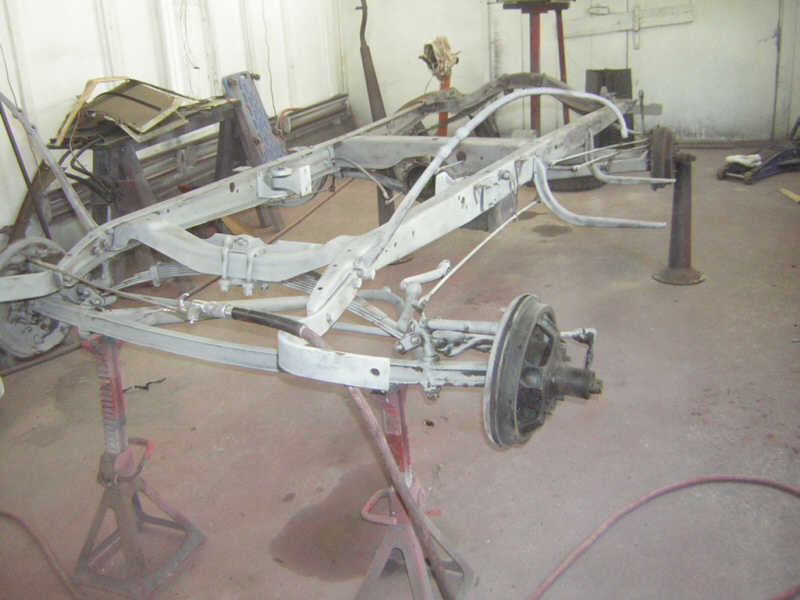 The chassis sandblasted and ready for paint. 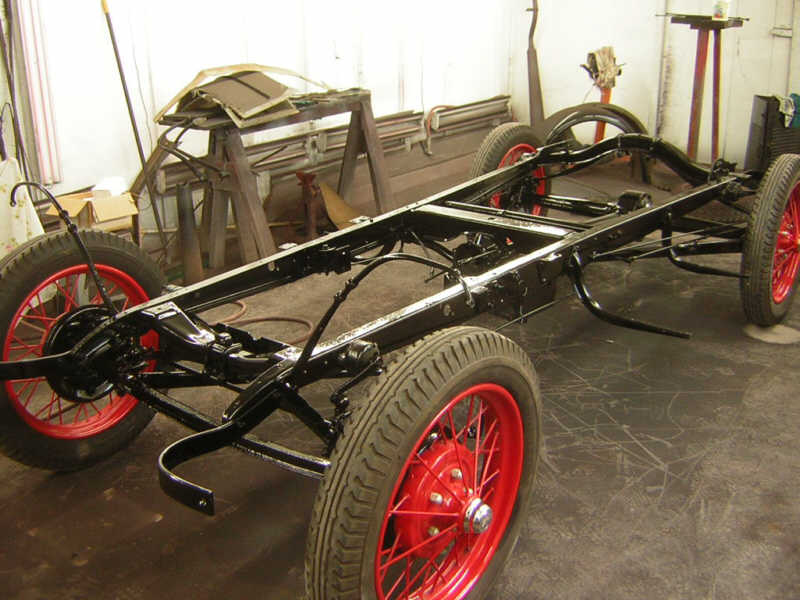 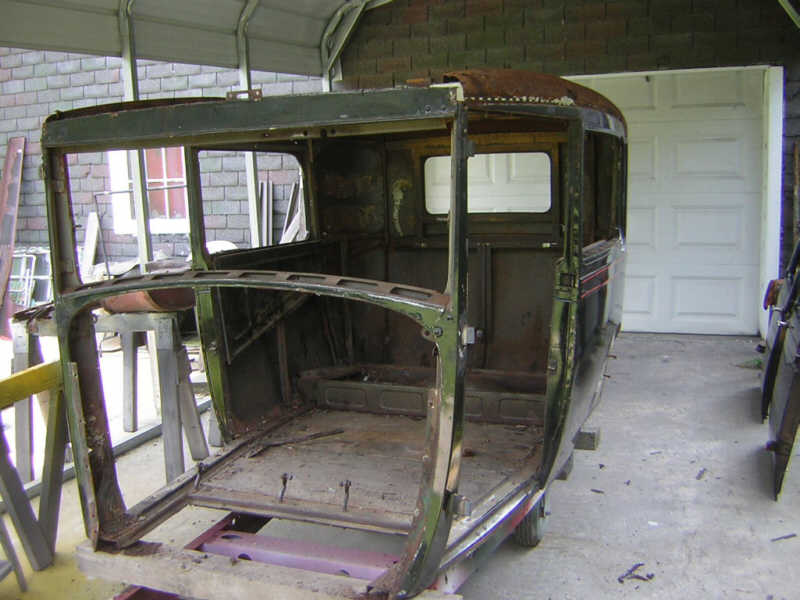 The body stripped and ready for blasting. 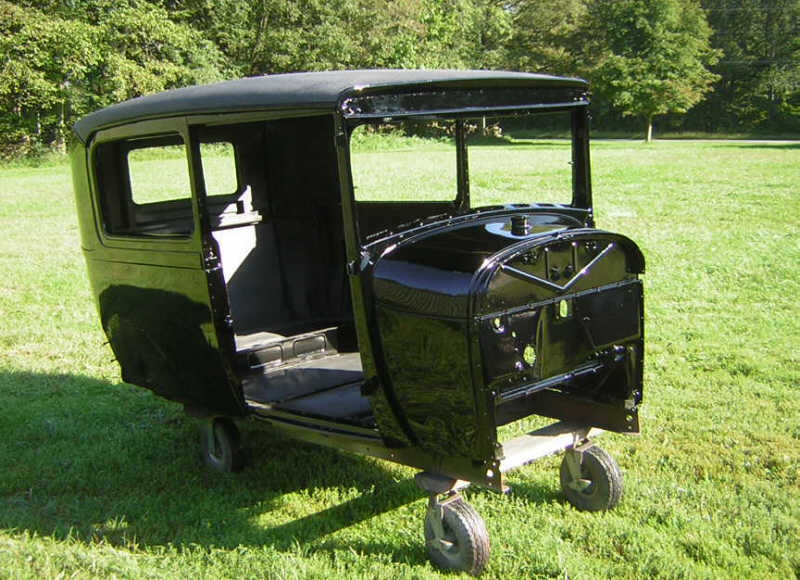 The body is finished paint. 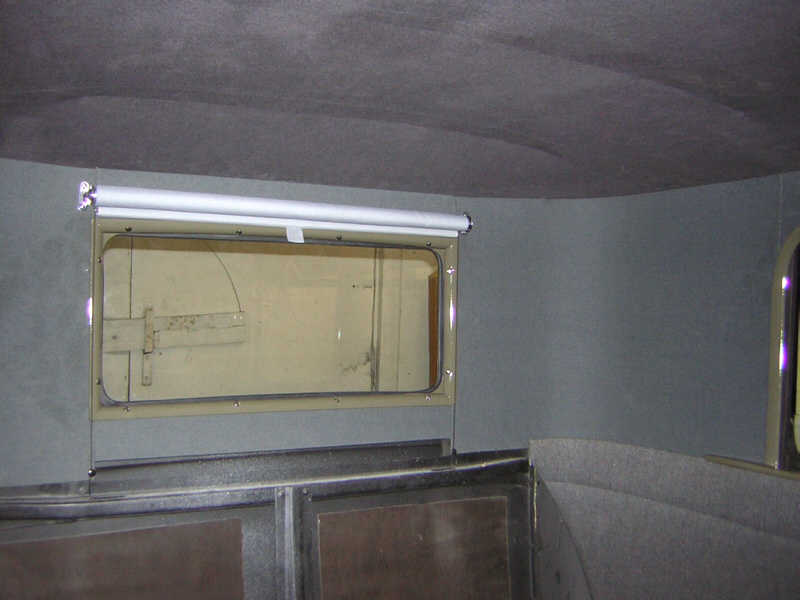 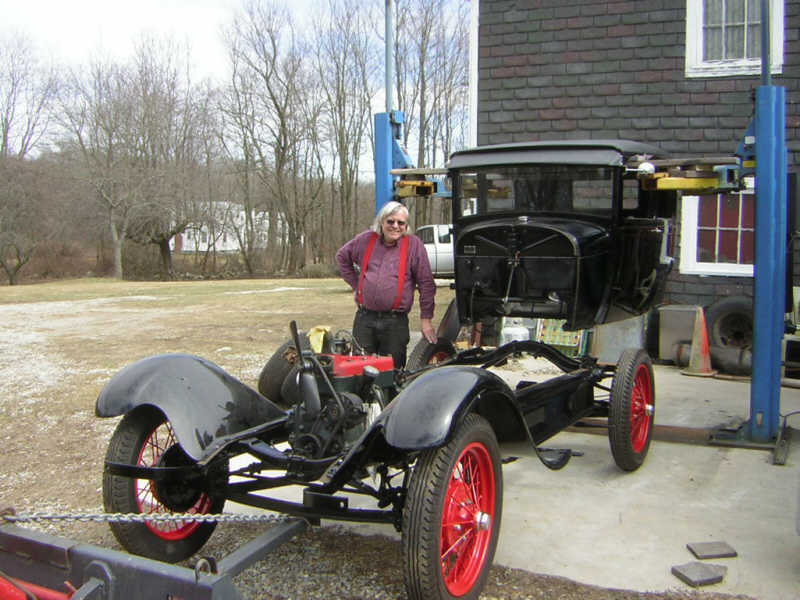 The body being lowered on to the chassis with it's fender and engine in place. 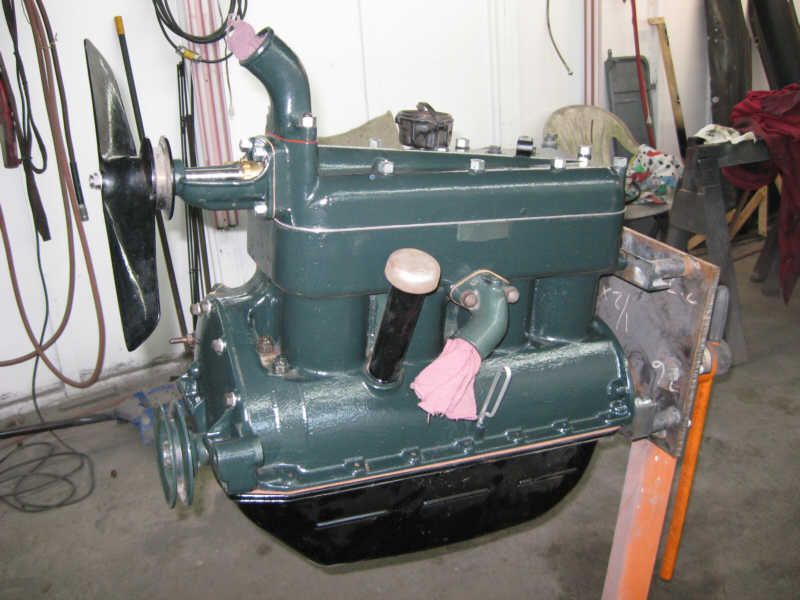 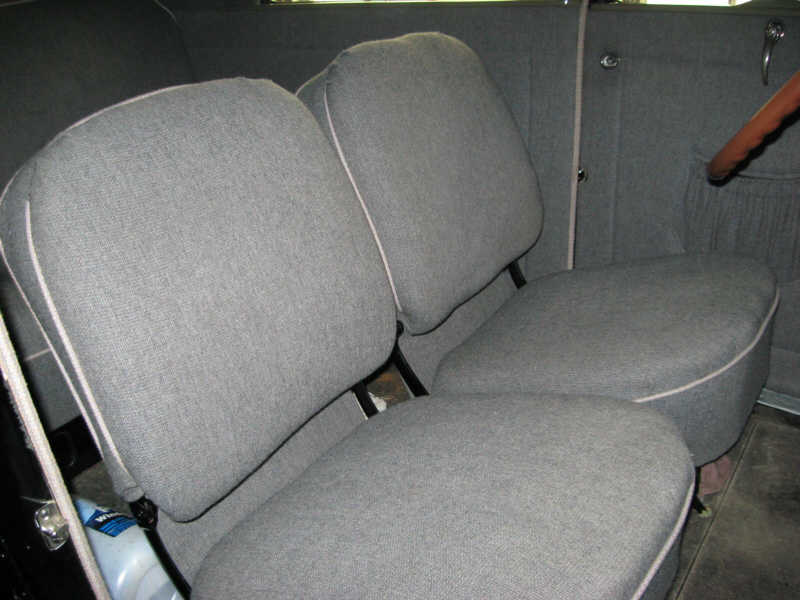 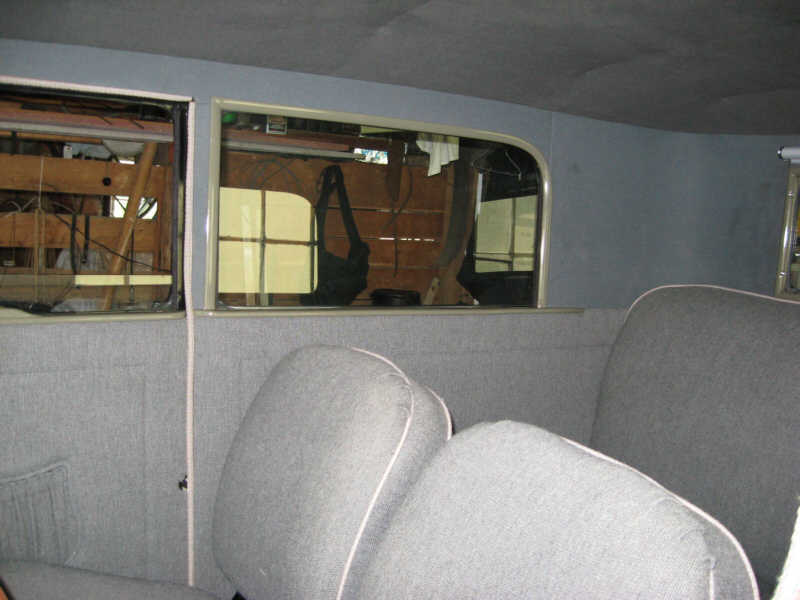 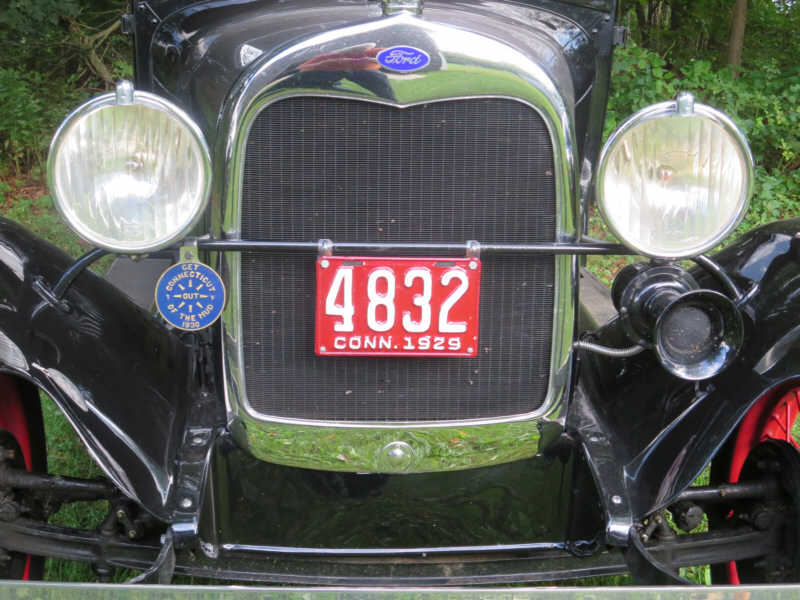